Fear and Loathing in America: The Brutal Odyssey of an Outlaw Journalist 1968–1976
Hunter S. Thompson
2000

I’ve never paid much attention to the Black/Jew/WASP problem; it strikes me as a waste of time and energy. My prejudice is pretty general, far too broad and sweeping for any racial limitations
It’s clear to me—and has been since the age of 10 or so—that most people are bastards, thieves and yes—even pigfuckers. There are not many good people in this world, and in terms of racial action I like Dick Gregory’s notion: “This isn’t a matter of black and white—it’s a matter of right and wrong.”

The Killy piece suffers from the same kind of affliction—a maddening compulsion to do all my thinking in print. I’m as aware of this problem as you are, but it continues to plague me, and cripple my articles, which would certainly be a hell of a lot more saleable if I could keep the focus on people, words and action—rather than the internal dialogues of HST. Hopefully, I can keep this in mind during the construction of the book … and if I seem to be slipping, for christ’s sake remind me.

Most of us are living here because we like the idea of being able to walk out our front doors and smile at what we see. On my own front porch I have a palm tree growing in a blue toilet bowl … and on occasion I like to wander outside, stark naked, and fire my .44 Magnum at various iron gongs I’ve mounted on the nearby hillside. I like to load up on mescaline and turn my amplifier up to 110 decibels for a taste of “White Rabbit”57 while the sun comes up on the snow-peaks along the Continental Divide. And when I drive into town, still hung on those peaks, I like the idea of calling for a Tuborg in a place where the bartender says, “Wow, man! You need an anchor rope … do you have any more of that shit?”
Which is not entirely the point (…)

What can I say? About my act? My life? My world & wherever it’s going? Who knows? About nine-tenths of the time I feel like an obvious fool—but the rest of the time I know I’m a saint & a hero. I seem to be in a state of conflict at all times—most of it wasted energy.

Kingdom of Fear: Loathsome Secrets of a Star-Crossed Child in the Final Days of the American Century
Hunter S. Thompson
2003

“Shut up,” said my father. “Be quiet and let me handle this, you fool.”
And that’s what happened, folks. We never saw those FBI agents again. Never. And I learned a powerful lesson: Never believe the first thing an FBI agent tells you about anything—especially not if he seems to believe you are guilty of a crime. Maybe he has no evidence. Maybe he’s bluffing. Maybe you are innocent. Maybe. The Law can be hazy on these things …. But it is definitely worth a roll.
In any case, nobody was arrested for that alleged incident.

Whoops! How about a break, people? How about some Music? Yes. Music is where it’s at, so consider this: I am a confused Musician who got sidetracked into this goddamn Word business for so long that I never got back to music—except maybe when I find myself oddly alone in a quiet room with only a typewriter to strum on and a yen to write a song. Who knows why? Maybe I just feel like singing—so I type.
–

(…) but history also tells us that 10 years of martial law and a wartime economy are going to feel like a Lifetime to people who are in their twenties today. The poor bastards of what will forever be known as Generation Z are doomed to be the first generation of Americans who will grow up with a lower standard of living than their parents enjoyed.
That is extremely heavy news, and it will take a while for it to sink in. The Terrorists don’t wear uniforms, and they play by inscrutable rules—The Rules of World War III, which has already begun.
So get ready for it, folks. Buckle up and watch your backs at all times. That is why they call it “Terrorism.”
September 19, 2001

It is a firm rule of behavior in times of emergency in airports: When you are guilty always move toward the police, never run away from them.
The cops eyed me warily as I sat down among them, but they said nothing.

Some say I’m a lizard with no pulse. The truth is—Jesus, who knows? I never thought I’d make it past 27. Every day I’m just as astounded as everyone else to realize I’m still alive.
Well, shucks, folks. I guess I’m just lucky. It’s just amazing, isn’t it?
Right. And Ted Williams was lucky, too.
Whoops. And so much for hubris, eh? I was never able to swing a baseball bat like Ted Williams, and I will never be able to write a song like “Mr. Tambourine Man.” But what the hell? Neither one of those Yo-yos could write Fear and Loathing in Las Vegas, either …. At the top of the mountain, we are all Snow Leopards. Anybody who can do one thing better than anyone else in the world is a natural friend of mine.

When I got home I loaded my Smith & Wesson .45 and fired a few bursts at a beer keg in the yard, then I went back inside and started scrawling feverishly in a notebook …. What the hell? I thought. Everybody writes love letters on Sunday morning. It is a natural form of worship, a very high art. And on some days I am very good at it.
Today, I felt, was definitely one of those days. You bet. Do it now.

Music has always been a matter of energy to me, a question of Fuel. Sentimental people call it Inspiration, but what they really mean is Fuel.
I have always needed fuel. I am a serious consumer. On some nights I still believe that a car with the gas needle on empty can run about fifty more miles if you have the right music very loud on the radio.

Any jackass who will bet his Heart instead of his Head on NCAA tournament games is either a brain-dead Sucker or temporarily Insane. That is a rule of Nature. And all Suckers are fair game, especially when they’re crazy.
And that’s about it for my Wisdom. I have preached it forever, yet for some sick reason I have never been able to cure myself of it, even when I know it brings pain.
And remember this, folks—I am a Hillbilly, and I don’t always Bet the same way I talk. Good advice is one thing, but smart gambling is quite another. Caveat Emptor.

It will come as no surprise to anybody who has ever had to work for a living when I say that there are Fast days and slow days in Every business. It is a Universal Truth that no one but a certified Moron would deny—not even professional Journalists can deny a thing like that with a straight face. It is an open secret on any newspaper that the Sports Desk will see more Action, on any given day, than any other Desk will see in a month. . . . That is why Sportswriters are almost always the lowest-paid people on Newspaper staffs: They are charter members of the Too Much Fun Club, and they like it that way.
“Why should I work for a living,” they say, “if I can get paid doing something I love?”
And who will argue with them? Not me. I am a Natural-born Sportswriter. I have a knack for it, a God-given talent. After I first learned that it was possible to sleep late and go to work at Two in the afternoon, and still get Paid for it, I never did anything else.
You bet.

Are you one of these people who honestly believe that Cats are clean? I hope not, because you are riding for a serious fall. Cats are filthy, and they don’t mind passing it around.

Good old sex-crazy Bill never asked for any more job-related booty than a high-style Hollywood blow job. You bet—if Clinton could run for President in 2004, he would win handily. We will see. . . .

Not even the numbers of dead and wounded can be established. CNN reports “more than 800 people standing in line to donate blood at St. Vincent’s Hospital in Greenwich Village, but only fewer than 500 victims brought to the Emergency Room.” The numbers don’t add up. I am confused. 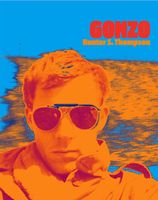 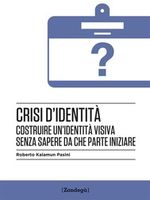